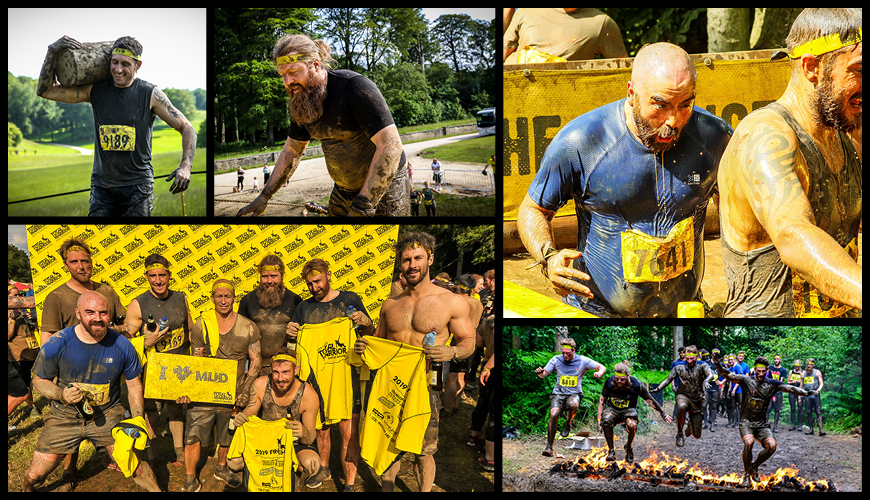 June 23rd saw 8 Abracs Warriors take on the demanding 12km route around the stunning grounds of Bramham Park in Leeds for the 2019 edition of Total Warrior. As part of a series of challenges spread throughout 2019, the Warriors were running, jumping, plunging and climbing to raise money for the charity Shelter. Shelter helps millions of people every year struggling with bad housing or homelessness through our advice, support and legal services, hoping one day, no one will have to turn to them for help.

The course itself, spread over 12km, consists of 25 punishing obstacles, including The Waterfall, The Human BBQ and The Worm Muncher to name a few. Starting off with a steady 1km run on what was a superbly sunny 26ºC afternoon, we were soon faced with their first taste of what was to come. Staying perfectly clean and dry (for the time being) a repeated steep incline run got the calves burning almost as hot as the sun.

At the 3km mark, the team caught their first glimpse of just a fraction of the 100 tons of mud. Wading waist deep (chest deep for some) through thick sludge in The Cement Mixer, was followed by a leap over fire into dark murky water, with a couple of slips and trips along the way to only increase the laughter. Graphic Designer Alex Revell said, “If you think running 12km of hills and trails is difficult, try doing it covered head to toe in thick heavy mud”.

The course continues to weave its way around the grounds of Bramham Park, with yet more mud and more water, testing our perseverance, even when dunked into an ice cold bath filled with 10 tons of ice, which even on a hot day was not a welcome way to ‘cool down’. Coming to the final couple of obstacles, with the finish in sight, we pushed on to cross the final 15 foot high hurdle as a team and over the line.

After 2 hours and 18 minutes, the Abracs Warriors cracked open their victory beer, donned their finishers t-shirts, and laid out in the sun with a sigh of relief and a feeling of accomplishment. The day was a fantastic team building experience and all in the name of a good cause. It’s definitely something the team will look forward to taking part in again in the future.

With training underway already, watch this space for the next challenge the Abracs Team take on…